Yesterday I saw Steven Soderbergh’s film ‘Behind the Candelabra’. It generated a lot of good reviews, and I reckon many thought that it made Liberace more interesting than he was… and it didn’t… quite the opposite. It was Hollywood surface superficial goo as opposed to Hollywood deep-down-profound mega-vulgar. Liberace’s inspired influence in terms of 20th and 21st Century pop is gigantic – without him there would be no Elton John, no Freddy Mercury, no Madonna, no Lady Gaga. Liberace openly said that Elvis copied him. He made flamboyance an intrinsic part of pop performance, so probably far more people than those listed, including punk and grunge bands owe a lot to him. ‘Behind the Candelabra’ is one dimensional, and if you want to know more about this totally amazing man there is a stunning BBC documentary that says a lot more. 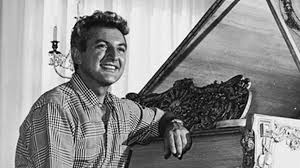 The intriguing thing about Liberace was the nature of his smarminess. He was one of the first people on the box to master the art of charm in a very excessive way, so that one could feel that one knew him. Maybe the persona he put over on TV was the one he wanted to be. He was certainly committed to his music, however you rate it. It’s one thing to project a character you would like to be, and another to project a character that you most certainly are not, in any way.

Reading TV smarm is quite an art. Liberace always seemed OK to me, but in contrast I strongly disliked the smarminess of Jimmy Savile, who seemed completely hypocritical, profoundly sinister and wreathed in a kind of artifice that was quite frightening. And it wasn’t just me that felt this way…many of my friends found him repugnant for the same reason. So how did the BBC get it so wrong?  Let’s not go there.

Another expert in the art of smarm is Nigella Lawson. I used to enjoy reading her writing. When she progressed to TV it seemed OK, but gradually I have watched her TV persona change alarmingly as her fame and success factor have increased tenfold. Thus, over a period of time, she has been transformed into a facile, empty, patronising stereotype, a kind of hollow person. Maybe she is great, loveable, kind and generous, but the person on the box seems completely and totally empty. Not at home. Thereby hangs another shade of smarminess.

Yet another shade of smarminess was that of Lady Thatcher, she of the blue rinse and the venomous disposition… Who will forget that eager, bonkers expression that went with the phrase “We have become a grandmother!”

And the fifth shade of smarm… well, who do you want to drum up today, as we near the silly season? I give you a list – Richard and Judy? Davina McCall? Noel Edmonds? Bruce Forsyth? Jonathan Ross? Ant and Dec? Jeremy Clarkson? These names, I would have you know, come from a list of the most annoying UK TV presenters on netmums. The winner was Jeremy Kyle, who might just be greatly improved by a touch of smarminess, methinks.

It’s the season for reciprocation, love and goodwill… So I’m the twit, and I give you a card or a very inappropriate present…and you give me a bit of tat…

What exactly does this mean in real terms?  It means that with the right friend in ones life one might spend an inordinate amount of time lounging in the bath with an amazing and fabulous choice of bath salts, bath essence, bath oils, bath buns and bath bombs. The bath bombs sound dangerous, but let me assure you that they are no more dangerous than watching paint dry, in fact less so. You can’t go wrong with bath stuff, unless the person just showers every day at speed, and throws all their bath stuff into a damp corner, in which case it isn’t even possible to recycle it to give to another person —  however much one may wish to do so. 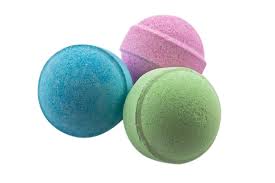 I like to think that I am good at choosing presents for people, but I am not sure if that is always the case. Whether I’m good or bad, there are people out there that are worse than me… yes… that is possible. Some are so skilled at choosing irrelevant presents that I don’t know why they bother with the middle man or woman; the gift could go straight to the charity shop – do not pass go – do not collect £200 – just go directly to the Marie Curie or Oxfam shop please, and leave me out of the equation.

One present that arrived in the post from a much-loved relative could not even make it to the charity shop, and even a careful and slightly destructive shot at using it ‘for purpose’ totally failed. It was, in a word, completely useless, kind in thought but stupid indeed. All this sounds unbelievably ungracious… and it is. I don’t see why Scrooge should have all the fun. But just imagine if Scrooge was rude about accepting presents, how it would have changed the world, not to mention the entire tone, plot, mood and direction of The Christmas Carol: “Bob Cratchit, I find myself obliged to hold the view that both the Coconut Dream and Party Girl Glitter bath bombs do not fulfil either my corporeal, or  hygienic needs. Enough is enough! Take back your bath bombs! You’re fired.” It’s true Scrooge is ungracious… and so am I. Bah! Humbug! Yippee! 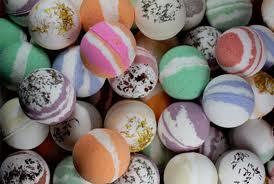 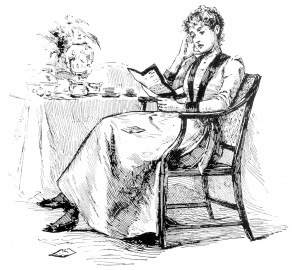 Such a dangerous thing is nostalgia. Take a trip in time to Victoriana and you will be confronted by all that is horrible about the 19th Century – poorhouses, disease, lack of women’s rights, poverty in the country and the towns, dirt and darkness. We still have some of that, but on the whole we have made many improvements, thanks to socialism, philanthropists, sensible sewage  and the likes of Samuel Smiles… and no thanks to the Tory Government, which would happily see us all back there.

Nostalgia is strangely powerful at Christmas. I think when the days are long and dark, time itself becomes a notional idea, and we start to float about like Dr Who in the timeless zones of yesteryear, welcoming Sherlock Holmes and the Brontes into our hearts, along with all those lovely ancient books we have been meaning to read in peace and quiet.

I picture myself with a blanket over my feet, a cat on my lap, snuggled into the arm chair, bathed in a warm wintry glow — from an oil lamp or candelabra — reading a Strand Magazine or one of the previously mentioned, occasionally prodding the fire, and distantly aware of the sounds of the horses hooves clattering up and down the street, the ancient clock chiming and the church bells ringing somewhere else. 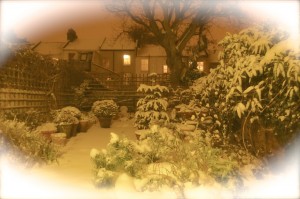 I do believe that it’s possible to travel in time, simply by drifting into that mysterious state of altered consciousness that our forbears made possible with the liberal use of laudanum, but we can achieve, simply by practising a bit of deep breathing and relaxation. As I mentioned before… there is a lot to be said for meditation and visualisation, and certainly this is the season for space travel. But why are winter and Christmas so appropriate for such fantasies, and why is it the season of nostalgia? I so love those Christmas cards of Victorians cavorting through the snow, people from yesteryear depicted throwing snowballs at each other, or best of all winter scenes of houses with glowing lights radiating from kindly windows. What is this all about? Am I turning into Betsy Trotwood or some pinch-faced dame dredged up from a starched era of distant and very questionable morals… Blimey, I hope not… 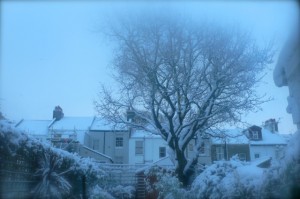 It’s that enchanted dreamlike time of year. It affects us all… like all those things that can’t be overlooked – a real fire, laughter, fizz and tangerines… Christmas is looming, whether you like it or not. My father had an obsession with Christmas. He designed and printed exquisite cards  for the family and lovingly decorated the house from top to basement. His Xmas spirit and stuff and nonsense I have honoured throughout life, wherever I happened to be –  ever since he died on Christmas Day, when I was 14.

Christmas is inspiring and fearful. It’s Charles Dickens and plum puddings and nasty tinsel with bare patches consumed by naughty mice. There is a collective feeling we share with our Victorian counterparts as we all dash around the icy streets, searching for gifts and things to eat and drink. And in those dark December moments we think about the cold, the old, the hungry, the lost and found – holy babies, fluffy things, snowflakes and the dark.

Despite the massive commercial sentiment surrounding Christmas, it still manages to create a zeitgeist all of its own. This year I have decided to pay homage to the nostalgia, dreaminess, Yo-Ho-Ho merriness and unexpected changes that each and every Yuletide brings… On December 11th, at 7.15pm at the Cornerstone Centre in Hove, my next meditation will be based on the Advent Calendar in all its glory. Each and every meditation is a thing of the moment, shaped by the hour, the mood, the motive and spirit of us all who gather, so the Advent Calendar seemed a natural choice for this month. 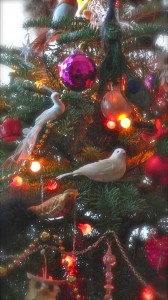 Can you recall the excitement of encountering your first Advent Calendar? Whether it was a card stuck to the window with 25 little windows destined to reveal teeny-weeny images of angels, kings, stars and Christmas trees or something more sophisticated, it was always fun. Then and now this particular bit of Xmas charm brings the unexpected joy of something linked to the season of gifts, harmony and mystery.

And so, on December 11th, the wonderful meditation group will be opening up cosmic gifts, connecting with guardian angels, and maybe journeying through space and time, yet always warm as toast, driving a silver sleigh across the midnight clouds, pulled by a team of fabulous reindeers, or maybe even winged horses… Whatever window the advent calendar opens, it will, most surely, surprise us beautifully and unexpectedly.